Warner Brothers Discovery has got something for everyone who is going through House of the Dragon withdrawals.

Game of Thrones creators have collaborated with Nifty’s to release a collection of digital collectibles inspired by the very renowned television series.

“Game of Thrones: Build Your Realm,” the recent collection is the result of a partnership with Daz 3D, a digital production firm which will not only design and develop the collection but also produce it.

The sale will commence when the Game of Thrones based characters will launch. The characters or avatars will be bundled with a digital collectibles pack that can be utilized by creators to enhance their avatars.

The NFT collection will contain a mixture of digital collectibles, consisting of gear, weapons and companions to enable collectors to customize the statistics of their avatars.

Head of NFT Commercial Development for Warner Bros. Discovery, Josh Hackbarth, shared the excitement of outgrowing the fandom as well as franchise of Game of Thrones with the digital collectible program that will further increase the fan engagement. He added that fans can dive into the show’s space which will boost their experience.

The NFT collection is an aspect of a multi-chapter program that will remain throughout events and mediums. Talking about other collectibles, they will have characters, legendary moments, locations and a lot more belonging to the Game of Thrones series.

Hackbarth shared that their goal has always been to make new ways for fans to engage with characters and stories they are fond of.

Nifty’s was initially announced in March last year with support from Mark Cuban, the vocal NFT addict and Dallas Mavericks owner. The platform has hosted a number of Warner Brothers licensed properties, like Looney Tunes, The Matrix and Space Jam: A New Legacy. Dapper Labs and Coinbase Ventures are a few others who have invested in Nifty’s.

CEO and co-founder of Nifty’s, Jeff Marsilio, shared that Nifty’s is quite excited about working with Warner Bros. 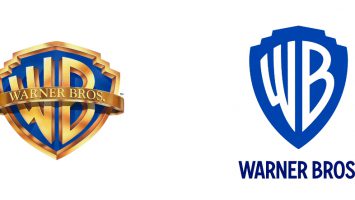