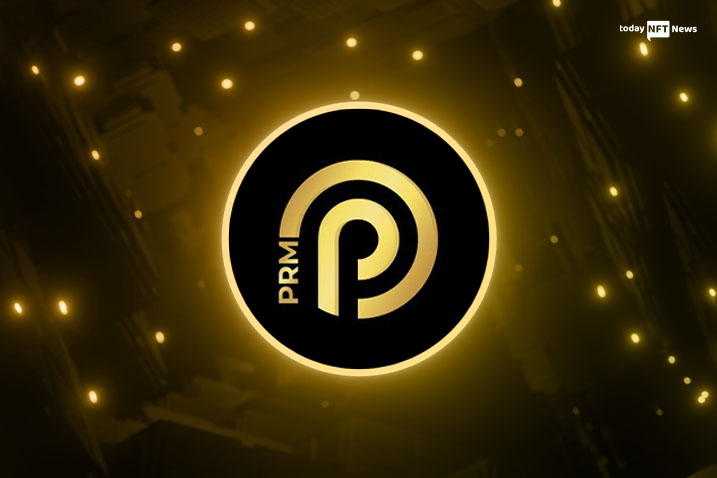 Primal is the very first delegated representative blockchain that offers multi-chain attributes with a flawless cross-chain decentralized world that enables immediate in-chain exchange or conversion as well as a range of anticipated decentralized ways of living.

Primal strives to create a blockchain that offers a platform to engage, manage, interact and run both financial as well as lifestyle matters. It is looking forward to allowing easy connection of everything right from services to characteristics, decentralized apps to products from multi-chains and individualistic blockchains.

Primal consists of one major coin besides two tokens that are native to the Primal chain. An extremely rare cryptocurrency, it is the only non-fiat supported stable crypto that has almost no to zero volatility.

What is the Primal chain?

A number of elements together make the Primal Chain; hence, it could be safely said that the Primal chain is nothing but a platform meant for the co-existence of several blockchains. It is also the base to build novel blockchains, thanks to its adaptive quality.

Be it a security company, financial institution, e-commerce business or any other industry, Primal chain will be used by all.

Here are some major issues that are acknowledged by Primal efficiently.

Insufficient planning- Though minting platforms have no shortage of ideas, lack of experience becomes a hurdle in terms of engaging the community, which happens due to a lame approach towards getting the system up.

Unrealistic goal- Despite having an extensive community, certain minting networks struggle to achieve their goals for real.

Useless token value- A number of creators are unable to plan the right time to inject value into the tokens that are minted for the purpose of transaction, exchange, and trade by the community.

Negligible activities- Inactivity and loss of interest result when there’s negligible or no activities that boost engagement.

Primal ensures everything, be it the distribution of activities or deregulating them, through a guide that estimates engagement as well as authorities that are valid or invalid. As a result, there’s no need to depend on consensus algorithms. Within just a minute, transaction history is tracked, beyond which it is eliminated. As there’s no centrality, decentralization is guaranteed.

Each second, over 1 billion transactions take place and are confirmed in mere 15 seconds. Additionally, multi-currencies can be transacted, exchanged, and converted.

Moving on, developers who do not belong to Primal Network also reserve the freedom to power blockchains that are established with Platter. Features available in diverse blockchains such as UTXO transactions for Bitcoin, ZK-snarks for Z-cash, smart contracts Ethereum and more are included in the Primal Chain like plug-ins.

What is the initial token chain?

As a BEP-20 token, Prime will be a token on Binance, initially. Its sales will happen like a BEP-20 token only and will be featured on exchanges prior to conversion into coins in its local blockchain.

The Primal system refers to a central open collective decentralized network, circumchain, which interacts with various other external chains in a parallel system, and the parallel chains are known as synchrochains.

Though the synchrochains have measures for safe transactions, interaction with them over the circumchain is not reliable. Thus, communications are conducted through an interface. Primal provides security and confirms the validation of exchange in terms of interactions with the synchrochains.

The circumchain includes nodes, the network-level entities meant for the maintenance and execution of the Primal software. It also includes roles that refer to protocol-level entities that support the system through certain and diverse performances.

The circumchain protocol, together with interaction with synchrochains functions as-

(a) Aggregators see the process of the block-producing as well as consensus protocols via taking part in the circumchain like a full node.

(b) Aggregators agree to build data on top of the recent synchrochain block and submit it indirectly to the premiers that are allocated to their synchrochain.

(c) Which blockchain has to be supported is decided by the synchrochain aggregators, followed by showing its useful data like a synchrochain next candidate that has to be included on the very next circumchain block.

2. Candidates from all synchrochains are accumulated by a block-producing aggregator, and the collection is put into a circumchain head block.

3. To make sure the entire data is available, a subprotocol is run. The data is included and distributed to several circumchain nodes.

4. The data that is submitted from a synchrochain may indicate that messages are being sent to other synchrochain.

Entities in the running of Primal and their security model include-

Premiers: Refers to the top in charge, which supports when it comes to sealing the latest blocks over the Primal Network. Because it can’t maintain a completely-synchronized database, the production of a synchrochain block is assigned to an aggregator.

Delegators: A fix-holding party, a delegator makes a contribution to a premier’s security bond. The main role of a delegator is placing the risk capital and indicating that it has faith in a certain premier to work responsibly and maintain the network.

Observers: They are picked by delegators and are not involved in the block authoring process. They receive rewards quite frequently upon screening and observing quickly approved invalid synchrochain blocks.

Restriction on utilization of resources- The number of transactions a circumchain block can process is restricted to make sure every block is processed, no matter whether the nodes are more or less powerful. It is also done to avoid delays that happen in block production. Another reason includes the availability for a particular quantity of crucial, operational transactions like misconduct reports.

Transaction fees: A transaction’s fee level is dependent on parameters like type, resource usage, and on-chain length. The reason behind the differentiation is reflecting distinct costs incurred by a transaction on the network as well as on the state. A part of each transaction fee goes to the block producer, and another one is given to finance or support the treasury.

PRM can’t be purchased using fiat money. The coin can still be bought upon buying USDT from a fiat-to-crypto exchange, followed by transferring it to the exchange that trades this coin.

No tax is imposed on buying and selling of PRM and it can be used for the purpose of transaction of products or services.

With a lot of exclusive features, Primal P2E gaming is set to make its way into the mobile app. Users can enjoy gaming and, at the same time, earn more and more PRM tokens. Needless to say, the price of PRM will spike to a whole new level.

One more amazing product from Primal has the potential to add more value to the ongoing PRM price. The exchange will offer a number of trading features with a user-friendly interface for web as well as mobile applications.

Primal Bank is a majorly decentralized community that offers a secure platform to fund the community. Funds are taken care of by the rules of the smart contracts.

💠 IF the pool runs dry, Investors will be given an option to claim PRM thereafter.😍😍

Moreover, Primal Bank refers to a rare staking program that is loaded with ample features. It enables the Primal community to save/stake the PRM tokens.

Primal Bank is a unique Staking program with alot of features..
Primal Bank is a Bank where all Primal community can save/stake their PRM Tokens and receive daily ROI of 0.5% with total of 180% in 360 days..

A look into future plans

Talking about the future, below are the goals and plans.

Primal is now listed on CoinMarketCap, the most used website to track prices of crypto assets.

Now users can check the live data whenever they want and keep an eye on Primal’s performance effortlessly.

❇️ Primal Bank v2 will be live this coming week

❇️ In coming days, we will be providing our community with the screenshot of the Amazing UI of Primal Game 🎮

Keep supporting, Stay tuned as we get more update to come 🥰🥰🥰🥰#Primalcommunity pic.twitter.com/3t8cDzlyDq